Trinity Desktop (do you remember KDE 3?)

I discovered today a project named Trinity Desktop, that is based on KDE 3 and is producing a functional desktop environment. I do remember when I was working at university and it took me almost three days to compile a fully working KDE 3 (I guess it was 3.0) desktop on my own laptop. And I remember how I has always been amazed by the beauty and usability of such a desktop.
Later on, KDE became Plasma and the overhaul to version 4 was something hard. I religiously followed the transition, but it was hard to use the first releases when compared to the fully functional KDE 3.
I’m not saying that I’m going to switch back to Trinity Desktop, but it could be interesting to give it a try. There are Ubuntu images as well as images for other distributions.
The good news is that it is supported (almost) on FreeBSD too!

Testing it on a virtual machine

Do you remember the keramik theme? It was one of my favourites! I donwloaded an Ubuntu image and give Trinity a run, and it was really a jump into the past to me and the good old days of KDE 3 desktop and the behavior I liked in Linux more than in other operating systems. It is clear that Trinity tries to provide a customizable user experience since at the first start the user is asked for a desktop behavior (I don’t remember KDE 3 having such a behavior, but I could be wrong), or the theming. 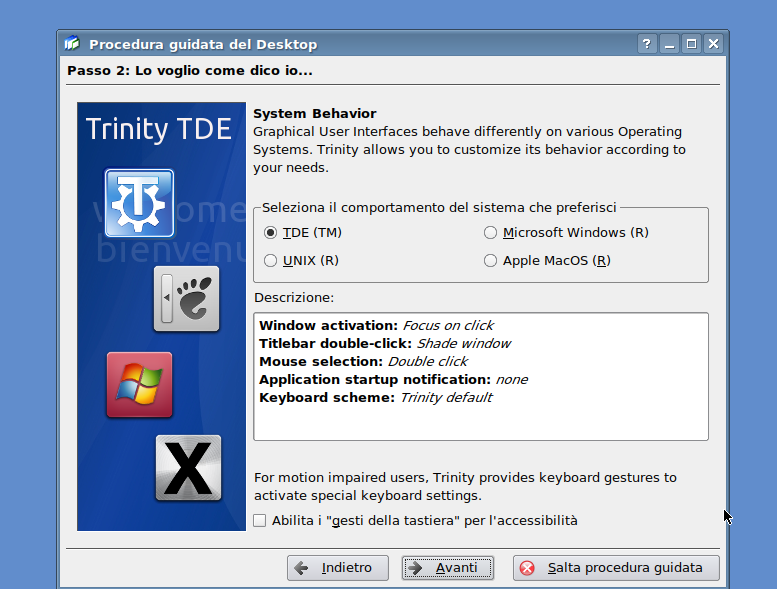 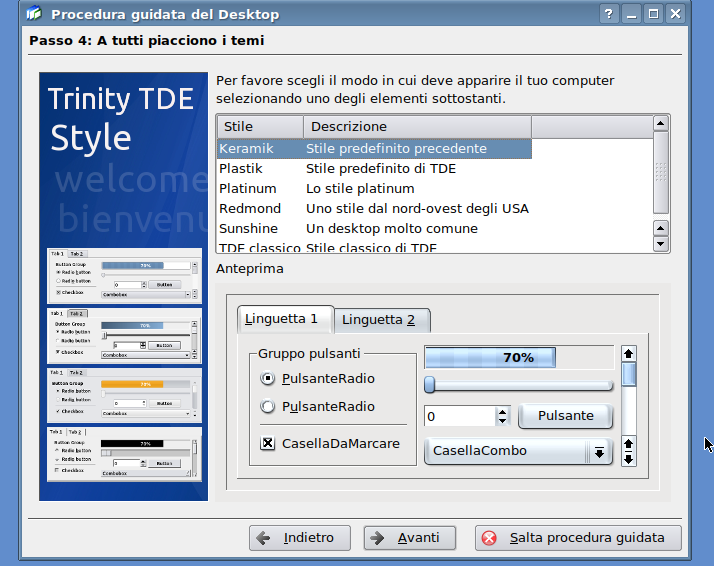 and finally the TDE desktop is up and running, and KDE appears again! 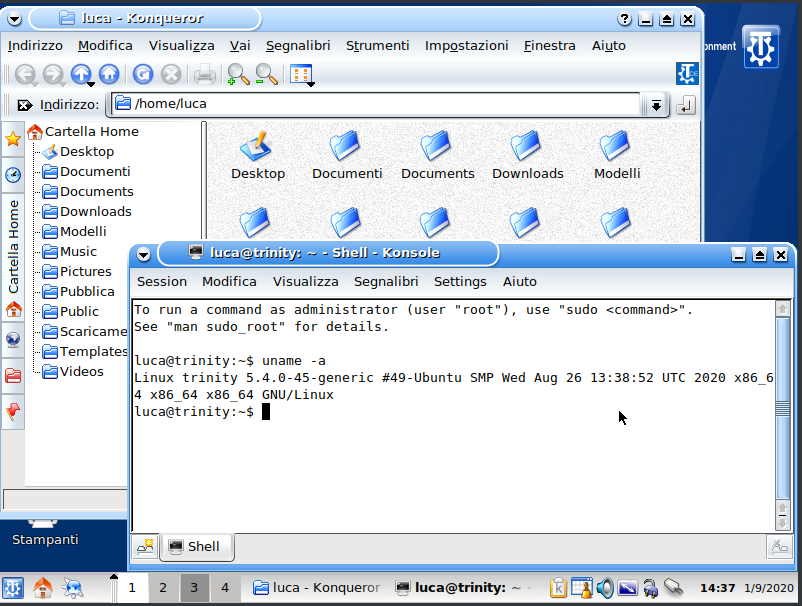 The article Trinity Desktop (do you remember KDE 3?) has been posted by Luca Ferrari on September 1, 2020