Today a friend of mine asked for a very simple task to accomplish in XFCE: setting a terminal emulator to automatically do an ssh connection.
How hard could it be? You configure your terminal to run an external command, for example: and that’s all! I’ve done a lot of times in konsole, the Plasma terminal emulator.
However, XFCE terminal emulator cannot do. Apparently you can set up it: 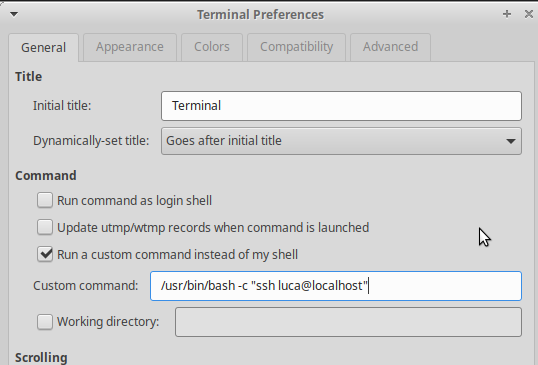 but what happens behind the hood is that the command is translated into a single string instead of a command with arguments, then the command is searched as an executable on disk and, of course, not being found, it is not run: 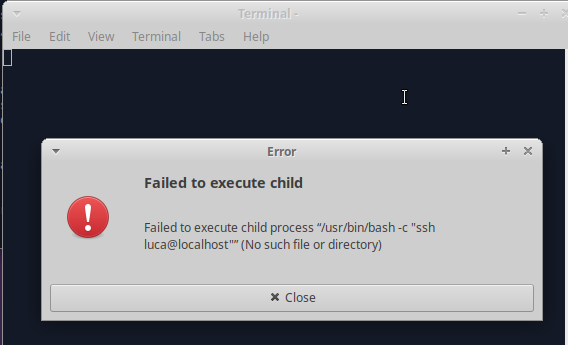 I’ve tried any human-available string escape, but nothing works, *so the solution is to wrap your command(s) into a script without arguments and call it as a *custom comamnd! **
It is fun that the official documentation does not mention this problem, and most notably does not mention the setting at all!

The article XFCE Terminal cannot execute custom command has been posted by Luca Ferrari on July 2, 2020