The Italian PostgreSQL Users’ Group (ITPUG) is less than awesome in managing its web site.

On October 17, 2019, I noticed that the web site was missing a news about the (at that time) freshly released PostgreSQL 12, so even if I don’t approve the ITPUG way of managing things, I thought that PostgreSQL could have had advantages in appearing in the timeline, and so I pushed a pull request to fix the website.

Let’s say: it’s better having it the news that not having it at all.
But quite frankly, how much time is supposed to take the merging of such a pull request?
How much time are you spending to promote PostgreSQL? Let’s recap: 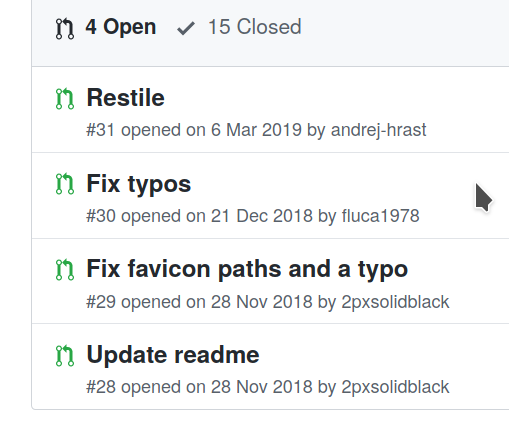 I really hope you guys will catch up and keep the website up-to-date in the future.
Having been a member of the directors, I know how hard it can be, and it is for that reason that the site has been moved to GitHub, so to promote also spontanous fixes. So pelase don’t waste other people time and review any contribution that comes in.

The article ITPUG Website and PostgreSQL 12 has been posted by Luca Ferrari on February 27, 2020