For a moment I felt like Sam Flynn discovering his father’s ancient computer in the back of the gaming place! However, this was real, and a few days ago I had to log into a quite old Unix system:

I’ve removed the pieces of the text that can make this system recognizable, for obvious reasons.

So this is SunOS 5.7 back from 1998.
If you take a deeper look at the screenshot, you will see the connection has been made via telnet, because that was the way real sysadmins use to connect remotely back in those days.
Well, I never expected me to get back on telnet these days, and I found it accessible after having done an nmap against the machine. The results of nmap were quite interesting too, since Solaris was not on the as less services as possible kind of policy! 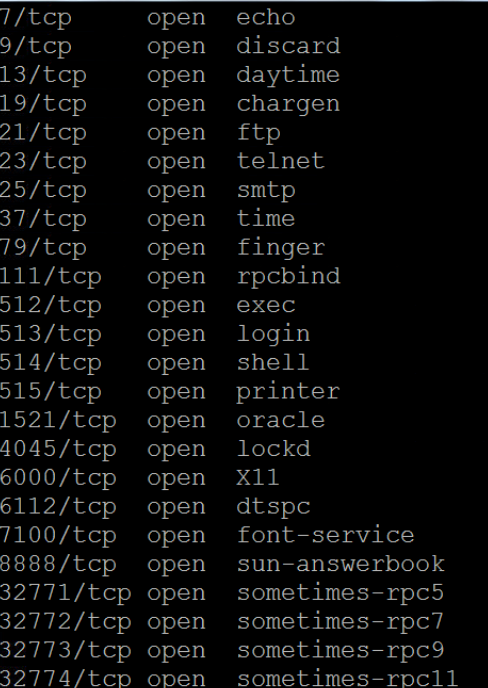 It is not the first Solaris/SunOS machine I work with, but the most ancient one that I was using has been a Solaris 8 (released in 2000) running on an Ultra Sparc II machine. I was using it at university, and it has been my very first approach to a real Unix.

Years later, 2004 if my brain serves me well, I used Solaris 9 at the same university laboratory, because I got the task of administering it and I had to reinstall everything.

After I left university and got a real job, I never had the chance to touch a Solaris system again until 2010, when I decided to give a try to OpenSolaris on 386 machines. It was a very short run, because many of the applications and packages I need in my day-to-day job were not present or did not compile seamless and, quite frankly, I had to do my job.

A couple of years later, I got a task and met Solaris again: it was Solaris 9 running on some Ultra Sparc machines, but I don’t remember which version.

And now, I had to work within the above system, that is the most ancient SunOS I’ve ever logged into, and please note that the above is truly a Solaris (not a SunOS), despite the fact that the name SunOS has being kept as the name of the kernel.

Oh, and by the way, such machine is also running Oracle 8.1.6, so it seems I will have fun with some stuff from the last century!

The article The Most Ancient (running) System I Logged Into has been posted by Luca Ferrari on July 26, 2019