The MOO (best colleague ever)

Almost ten year ago I was working as a sysadmin and developer for a company based in Sassuolo, and I had the honor to work with a nice guy. 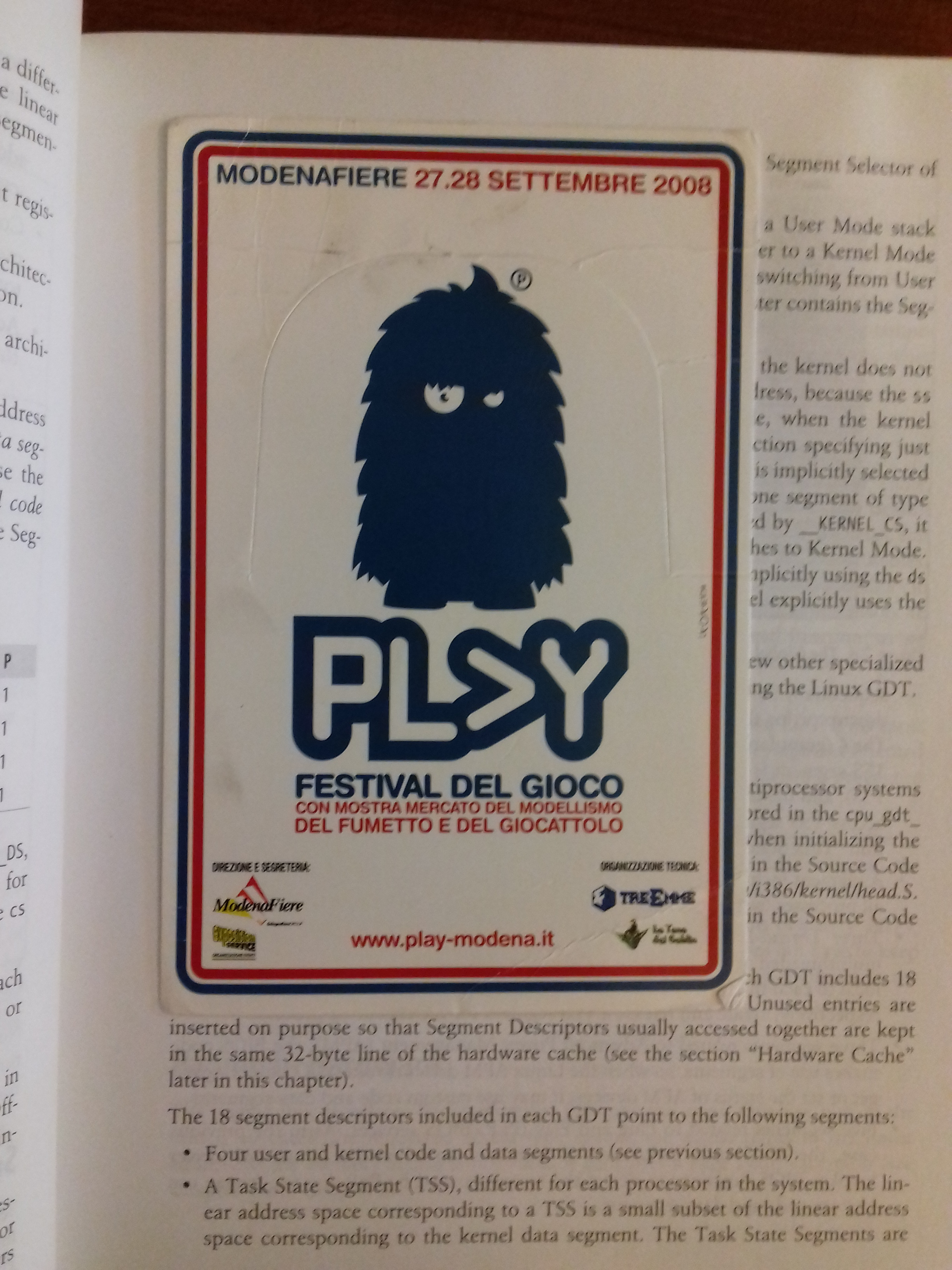 No, this is not Enrico, clearly.
This is the Moo, a character from the 2008 Play festival (a local gaming event). Enrico has always been an aggressive player of almost all games, including boardgames, RR-games and of course videogames. Therefore, there is no surprise at all in knowing he was one of the organizer of the Play 2008 festival in Modena.
That edition of Play came with a card game with strange characters, and Enrico gave me the Moo because of my unkept hair. Not being a game player like him, the card did not have any value but being a bookmark to me. At that time, I was addicted to Understanding the Linux Kernel. Today, 11 years after, the bookmark is still there. 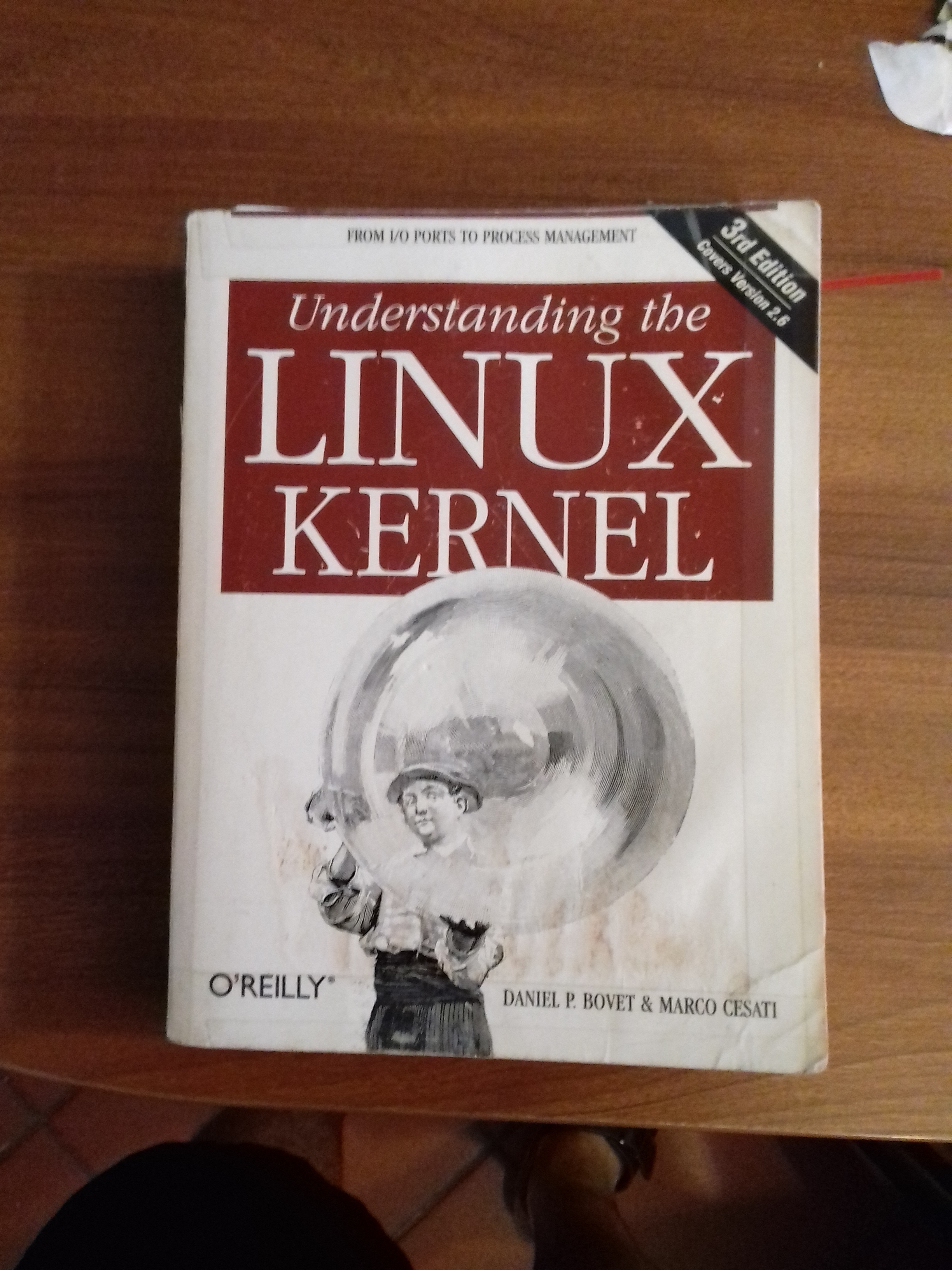 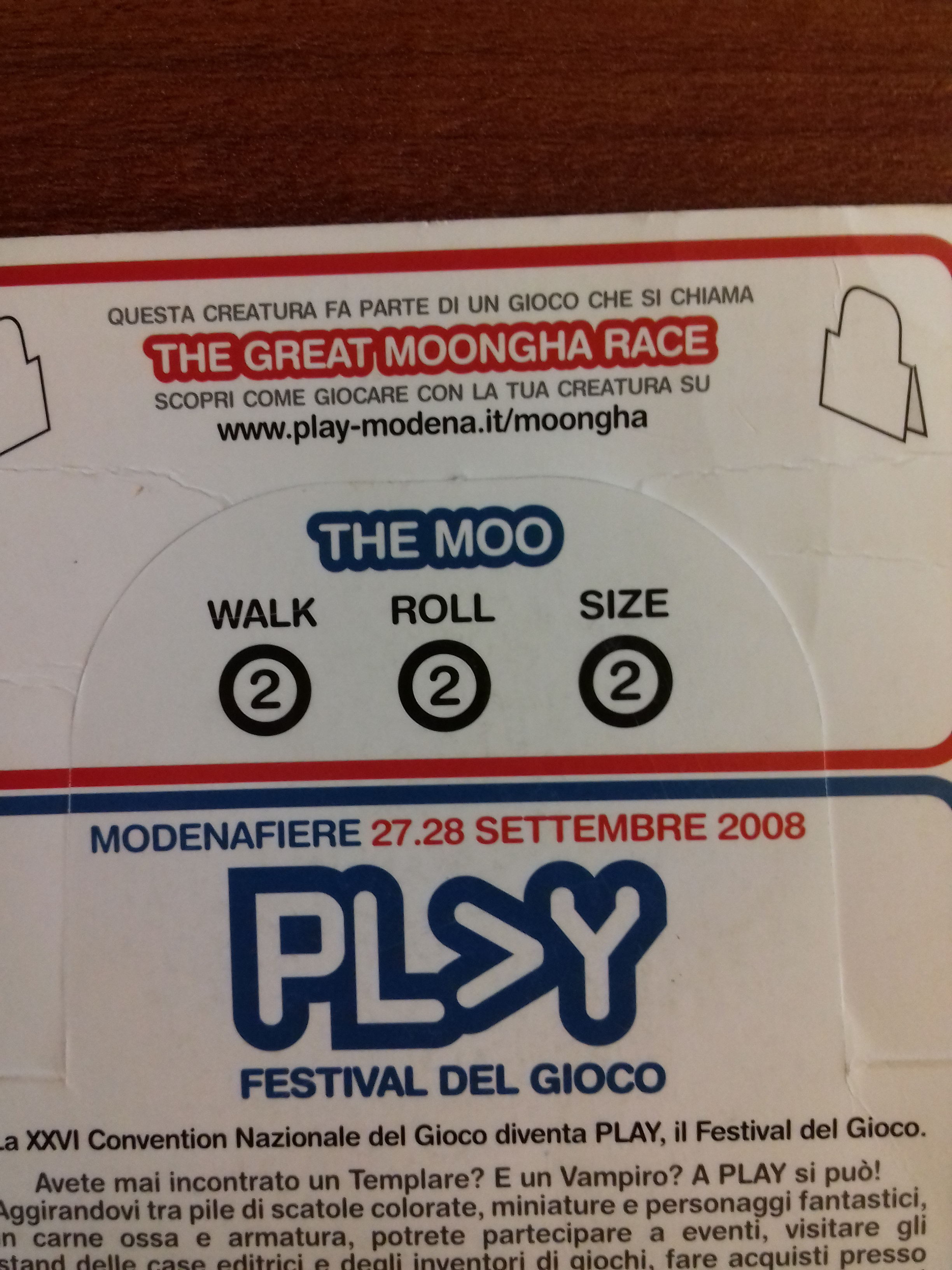 Now, why this sentimental blog post?
A few days ago, Enrico came to my door and we had a great dinner time.
I realized, but probably I always knew, that he has been the best colleague I ever had. No, I cannot say my best friend, that’s another story, but be assured that if I would have to choose a colleague to do the job with, I would go for Enrico.
In the case you, the reader, are a current colleague of mine, don’t get it wrong (and after all, there is always room for improvements!).
And besides, he really is a good friend to me. 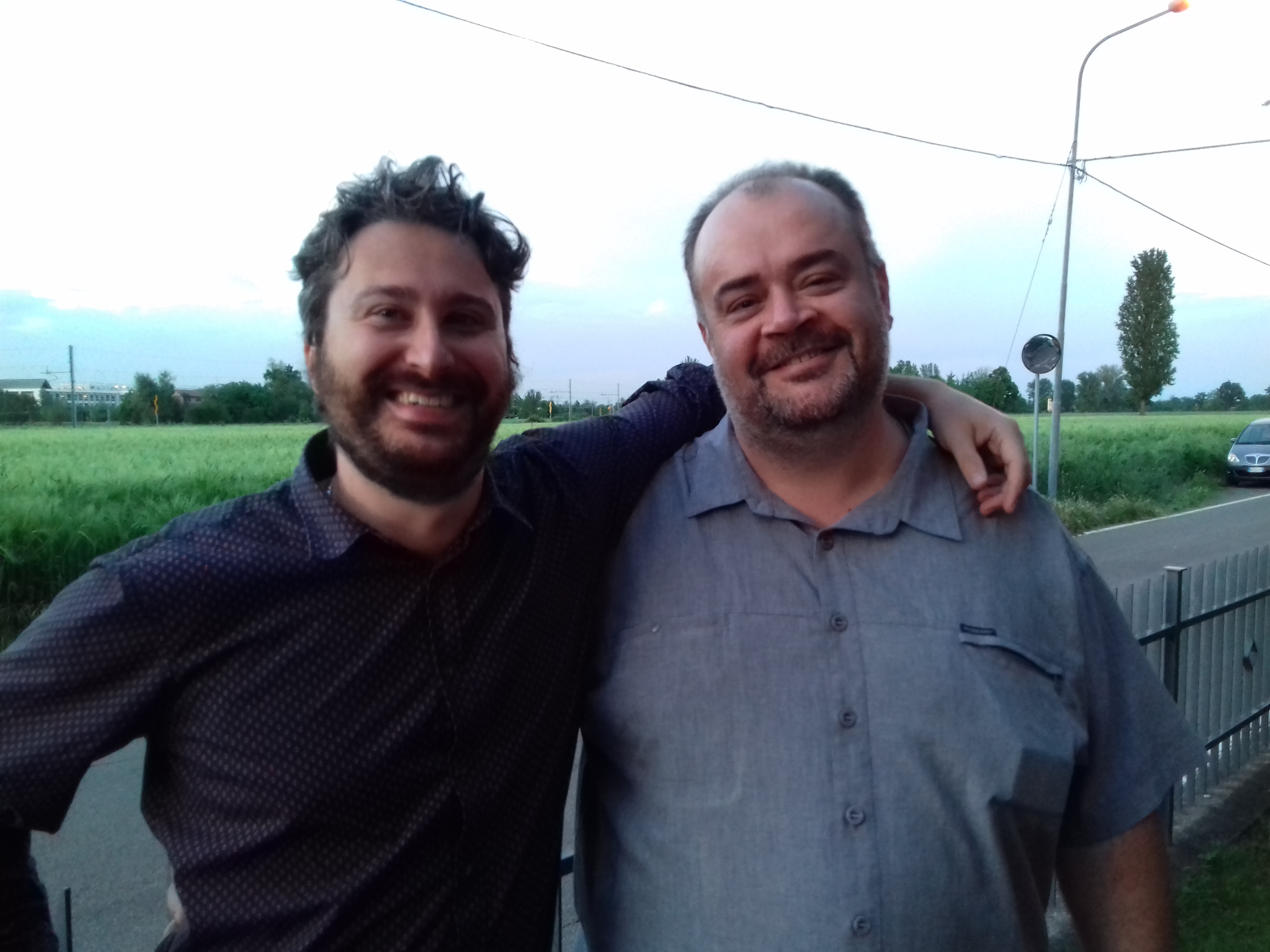 I met Enrico on my very first day working as a consultant for the above same company, but at that time he had an office in the Roteglia factory. He was in charge of the hardware and the basic networking for that company, while I was mainly in charge of software development. I still remember my first day, when he nicely invited me in his office to introduce himself and the company; he was disassembling (or reassembling?) a desktop computer while quietly speaking to me.
We did not work tied together, but he provided me the company email address, as well as internet connectivy via the ISDN line. A nice fact about that connectivity was that he had to reset the modem every morning in order to make the whole factory to get connected to the internet. It was not a reset due to bad hardware, rather their sysadmin had forced a time based threshold on the router, and therefore to not hit such limit during the business day, Enrico resetted the counters every morning. I remember him asking me if I was able to remove the threshold, that effectively was useless, and while I was able, I refused because it was not my job and when you are a contractor the last thing you want is to get your employer angry for something you did without asking! However, I can cofirm, the restriction was a crap.
Despite a few occasions, we did not worked together for the following couple of years.
Then, I was assumed as a fully employee and the both of us got an office to share in the headquarter in Sassuolo. At that point things did change.
It was not easy, at least for me. Enrico did have a very different approach to work and to emergencies than me, or better, I must admit I was a green sysadmin that saw everything as an emergency. These different approaches caused a kind of detached involvement in our day-by-day office life. It was like I did not fully trust him, not because he was unable or unskilled, but because we did have different approaches at solving problems, and I suspect he developed the same un-trusting relationship with me.
In the meantime I assumed also the sysadmin role, meaning that I was in charge of both networking and server stuff, as well as developing applications.
As days gone by, we began trusting each other, and working became suddenly fun, at least for me. We became a team, probably because our jobs were completing each other and therefore we were forced to work together as it was not before.
We started to spend more and more time together, even outside working hours, and so we became real friends. I must be honest here, outside my office I did not spend a lot of time with Enrico, and that’s my fault. Period. However, spending time between the working hours, like for example during lunch, was really fun and helped us developing a deep confidence in each other.
I clearly remember all the time spent during the lunch breaks, or even during simple breaks. He was smoking at that time, and I was not (I am not); so I did spend a few minutes with him while he was smoking. We were kind of smoke cousins, and even during the winter, with the cold, we were outside the staris door talking. We were talking also during working hours, while of course accomplishing our tasks (because we were not supposed to be paid to talk!).
Well, we did respect not-talking times, especially during our favourite radio show: Lo Zoo di 105.

He was used to call me in the middle of an emergency saying Luke, may the force be with you and patiently waiting on the phone for my quickest (and often ugliest) solution.

Enrico taught me a lot of things, not strictly tied to my job or interests, but rather about life and self respect. Quite frankly, at that time I already had three employments and I have to say that Enrico was the colleague that taught me the most.

He wrote a very touching sentence on my wedding book, as another mark of the self-respect we had each other.

After almost 5 years, I switched my job for the current one. It was a really hard decision because having Enrico as a colleague really made my job day fun. A couple of years later, Enrico moved to Panama with his wife. Therefore, today, even if I would, we cannot spend quality time together except for when he comes in Italy, as he did a few days ago.

And while I could keep enumerating a lot of nice adventures we ran together, while being sat down in front of our monitors, I want to just conclude this post thanking Enrico for having been my colleague and friend for such a long time, and still being actually!

Good luck and, who knows, may be one day we will work together again!

The article The MOO (best colleague ever) has been posted by Luca Ferrari on May 31, 2019